For reviews of EcoMazes: 12 Earth Adventures, go to  Books/Reviews

My Swedish husband, Bo Zaunders, is a travel writer and photographer.  He had assignments that year in the Marquesas Islands (French Polynesia) and Norway (Svalbard, islands above the Arctic Circle).  Great for EcoMazes research!

So off we went to the Marquesas, traveling on a half cargo/half passenger freighter for two weeks, visiting the 6 inhabited (of 12) islands. They are just south of the Equator, and farther away from a continental landfall than any other group of islands on earth - as far as you can get from so-called civilization. 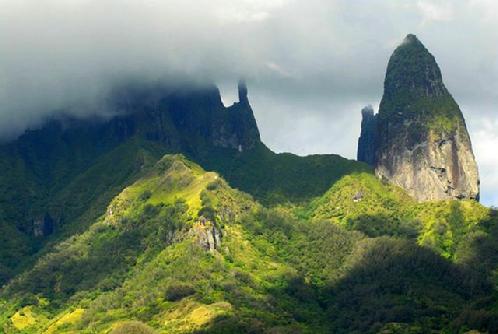 After visiting the Marquesas, we stopped off at the Rangiroa atolls near Tahiti, checked out colorful fish swimming under the pier, walked along the beach, and took a trip in a glass-bottomed boat, where we saw lots of brightly colored fish in the coral reefs, and even a shark!
A couple months later we flew from NYC to Oslo, and then took three more flights, in progressively smaller airplanes, to the Svalbard islands, halfway between the top of the Norwegian mainland and the North Pole.  There we were meeting up, also for two weeks, with a Hurtigruten ship, also with a history of mail and cargo delivery to places inaccessible by road or planes. 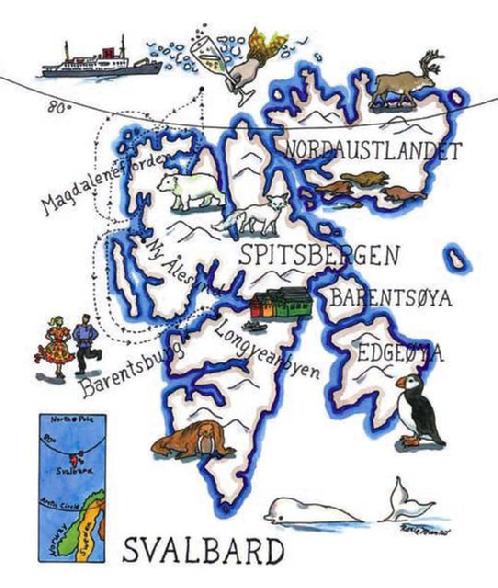 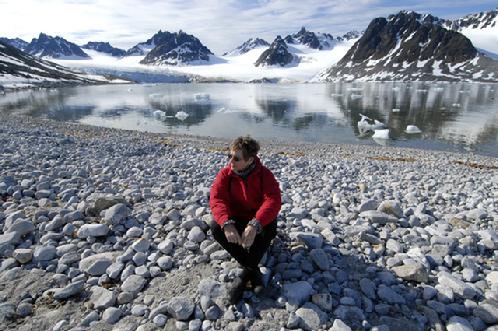 Everyone loves polar bears. There used to be many more polar bears in these islands, but they were hunted for sport, meat, and their fur. Now they are protected. However, there are more polar bears, about 3,000, than people in Svalbard. Here I am, later, in a Norwegian Museum with one (harmless, though). And there are little polar bear fans too... 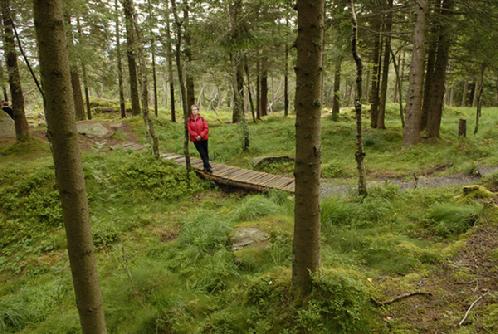 After Norway we headed down to Southern Sweden, land of lakes and conifer forests, to visit family.  There, I set out each morning with my brother-in-law on a mushroom hunt in the woods. We would walk along, mostly silent, accompanied by his golden retriever, looking for mushrooms, of which this part of Sweden has a huge variety.  There is nothing like walking quietly along, and, out of the corner of your eye, spying the tell-tale tiny luminous orange cap of the precious chanterelle mushroom amid the pine needles, rocks, moss, and fallen branches deep in the pine forest. Here is one morning's bounty... 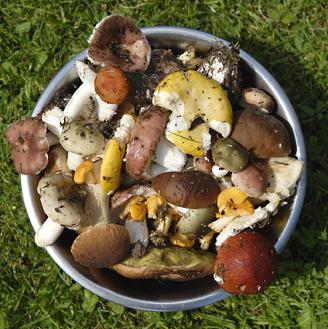 Many of us have visited more ecosystems than we think we have - when I started this book, most of these earlier trips I did not remember, or think were relevant. But, while working on EcoMazes, and now, reflecting afterward, I realize that, although I do not consider myself a naturalist at all (I live quite happily smack in the middle of one of the largest cities in the world, with one house plant and a view out of my 10th floor window of a few ginko trees along the avenue) it is very important to me, and to all of us, to preserve, to conserve, to learn about  - and to love - our wonderous earth, and all it contains.